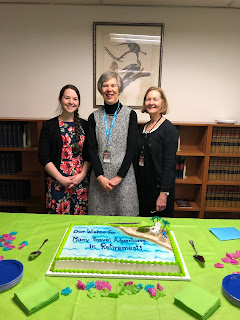 Terry Long with library staff
On February 1, 2019, after almost forty years at the Virginia State Law Library, Terry Long shelved the last law book and answered the last reference question, said “adieu” to law librarianship, and “yes” to retirement.
Terry joined the Virginia State Law Library in July, 1980 … moving from the State Library & Archives. She didn’t have to move far – the two libraries shared the same building on Broad Street.
The following year the State Law Library moved to its current location on 9th and Franklin Streets.
That job with the State Law Library gave Terry the “push” to go to library school. “Having an MLS was not a requirement of the job, but one of the best things I ever did was to get that library science degree. It opened up the boarder side of librarianship and it gave me a confidence that I would not have had otherwise.”
It was an exciting time for Terry. She was there in the beginning when informal gatherings of downtown law librarians grew into the Richmond Area Law Libraries Association (RALLA) in 1981. RALLA eventually morphed into the Virginia Association of Law Libraries and became a chapter of the American Association of Law Libraries in 1988.
Terry's advice to VALL members, is “Volunteer ... volunteer … volunteer. Stretch your wings and stretch your mind.”
Terry has served VALL tirelessly for decades in its many committees, programs, and as president from 1995 – 1996, and lately as VALL liaison to the Virginia Library Association. Many VALL members who are fortunate to count Terry as a mentor, colleague and friend, will miss her but are happy that she will be moving on to new adventures.
No one who knows Terry will doubt that she will embrace her new life. “I’m going to see the world – at least try to see as much of it as possible!” Terry said as she plans her many travels. In June she will be heading to Italy – to Vinci in Tuscany, home of Leonardo da Vinci. And when she gets home to Richmond she will barely have time to unpack her bags before she will be off to Hilton Head.
When she is not traveling Terry volunteers with the Junior League and also at her church where she wears many hats.
Happy retirement Terry! 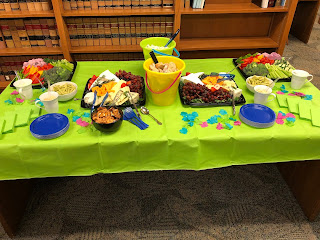 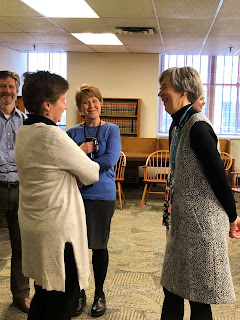 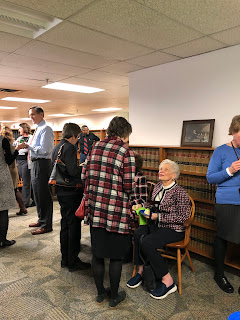