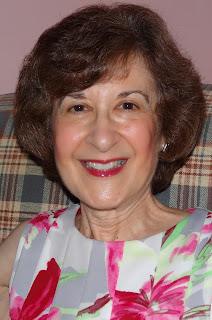 After almost 29 years as the government & law librarian at the Henrico Government & Law Library, Isabel Paul will be retiring tomorrow, and is looking forward to some much deserved down time.
Isabel was born in Philadelphia and attended Temple University where she received her B.A. in history; Drexel University where she received her MS in Library Science; and Marshall University where she received an M.A. in political science.
She began her library career at Marshall University where she worked for two years as a reference librarian before becoming the head of the government documents department. She worked there for another 10 years before moving to the University of Richmond where she worked for two years as the government documents/reference librarian. Isabel left that position for her current position and before she knew it, almost 29 years had passed.
VALLers will remember Isabel for her long service to the association. She served as president from 1992 – 1994 -- serving out Karen Schubart’s 1992 term and then her own term. Quick to give of her time, Isabel has served as VALL treasurer; chaired the Legislative Awareness Committee for three years; served on the nominations committee and various other committees.
Isabel’s favorite memories of VALL are of the meetings. “Always the meetings, which were packed with relevant information for me to apply when I returned to my library,” Isabel said. “Most of all, I would have to say, would be the networking and lasting professional relations that developed over the years (I joined VALL in 1986). Virginia has had so many talented and knowledgeable law librarians and I was certainly a recipient of their willingness to share their experiences.”
Stay active in the organization is Isabel’s advice to current law librarians. “Stay active in the organization as much as possible and make those connections!” She said. “I am forever grateful to Joyce Janto, Jean Holcomb, Steve Hinckley and Gail Warren for their guidance and for the opportunities they extended to me so I could become so active in the profession.”
When she leaves tomorrow, Isabel will look forward to future travels around the globe, some volunteer work, lots and lots of free time to be spent with her much adored grandson, Owen.
VALL thanks Isabel for her years of service and wishes her well in her future adventures!
Previous PostVLA Council Meeting highlights, June 12, 2015Next PostMessage from the President, Stephanie Miller
0Shares