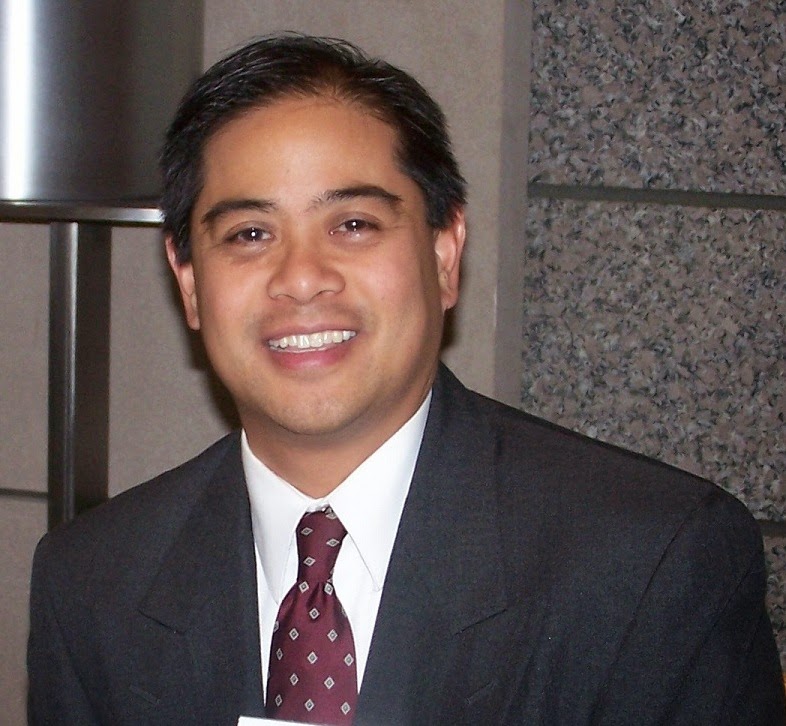 Hello, VALL members! As we near the end of 2014 I just want to take a moment to thank you all for helping make this year - our 30th Anniversary year – such a success.
We followed up AALL with another great turnout, this time at our Fall Meeting, which was held at Hunton & Williams LLP in Richmond, back on October 10. It was a great day, which started with a visit from AALL Vice President Keith Ann Stiverson. She reported on all of AALL’s activities during the year. In addition, we learned about net neutrality from Public Knowledge’s Sherwin Siy, as well as the copyright issues of 3D printing, from Washington & Lee Law Professor Sally Wiant.
At the end of the business meeting we topped off our 30th Anniversary celebration, with the sharing of the VALL Memory Book by Sally Wambold; and with a nice cake and lovely toast by Jane Harrison, Chair of the 30th Anniversary Committee.
Afterward, despite the rain we were treated to a tour of the Virginia State Law Library and Supreme Court courtroom, led by State Law Librarian Gail Warren; finally, we gathered at The Tobacco Company to wind down after such an eventful day.
Thanks to everyone who attended!
﻿ 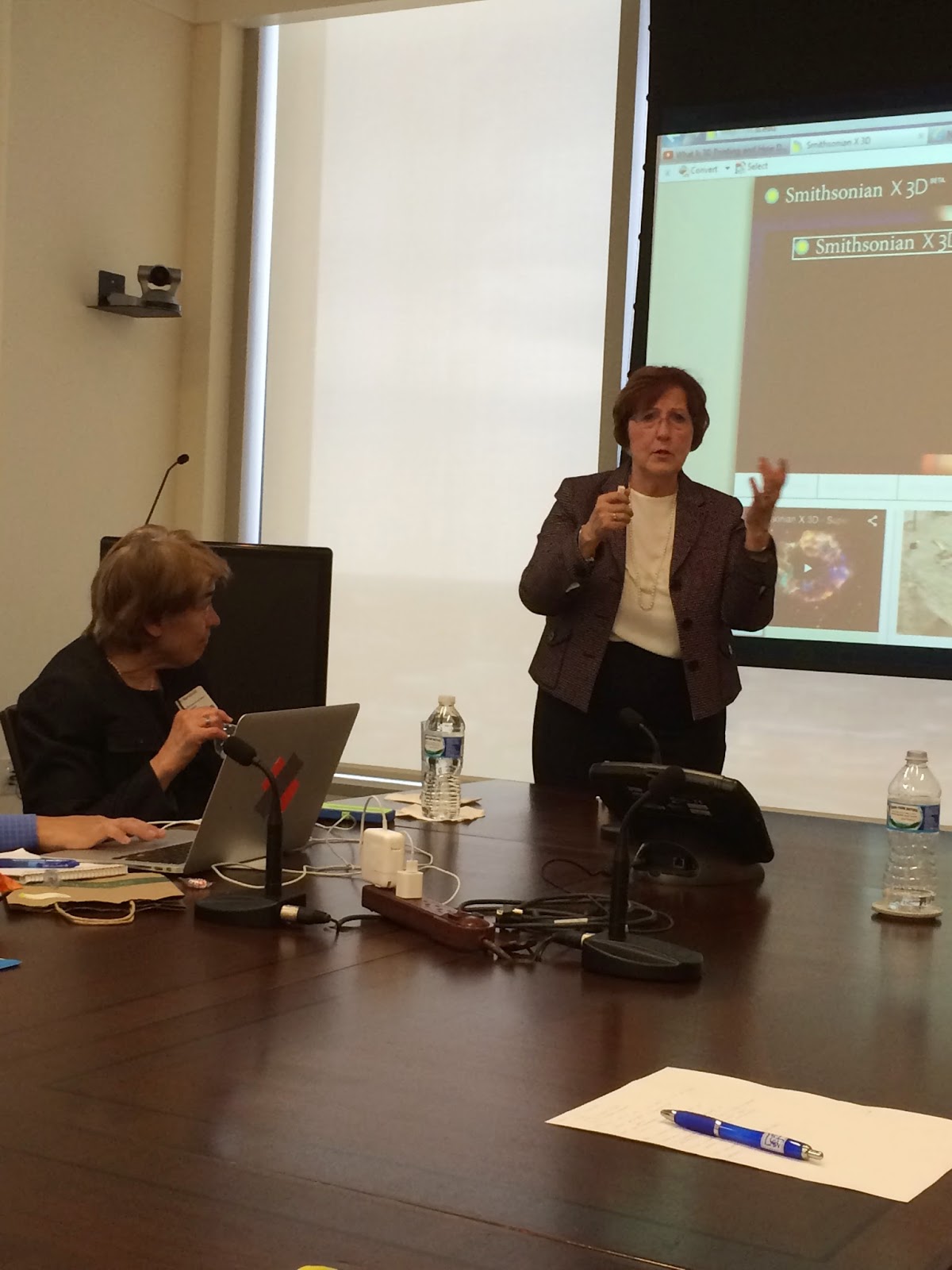 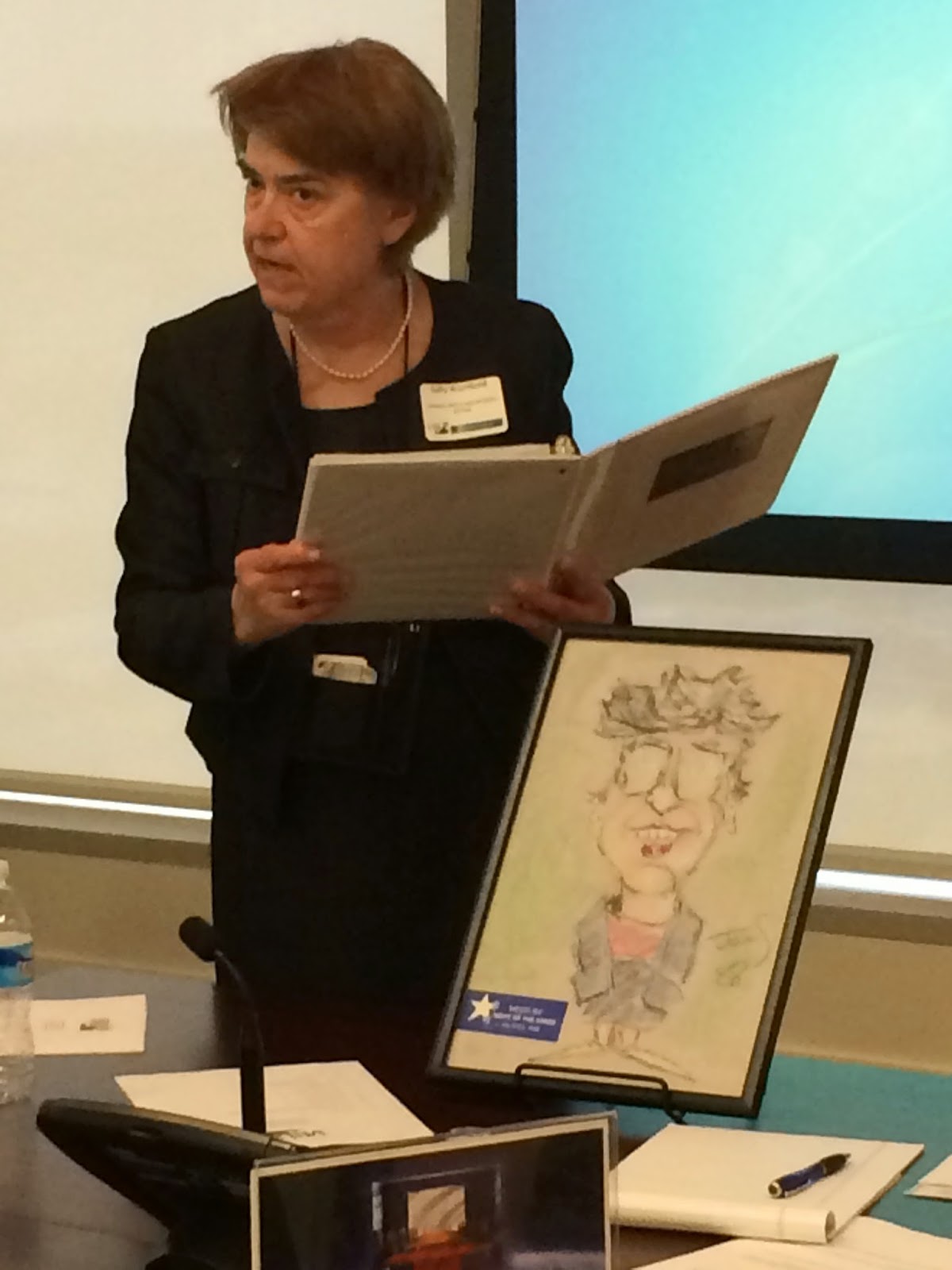 VALL Member Sally Wambold shares a few memories that were collected in the VALL Memory Book. 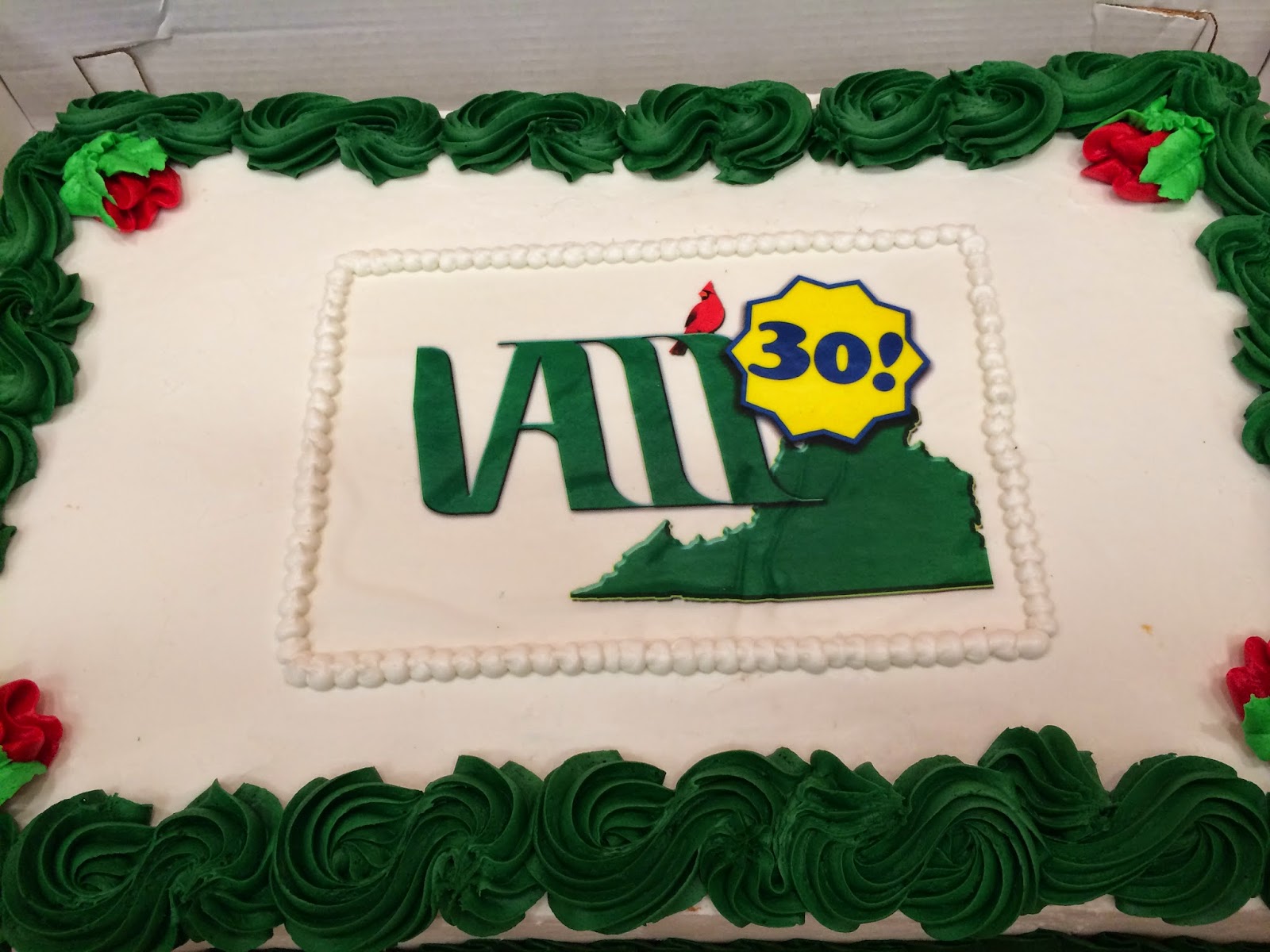 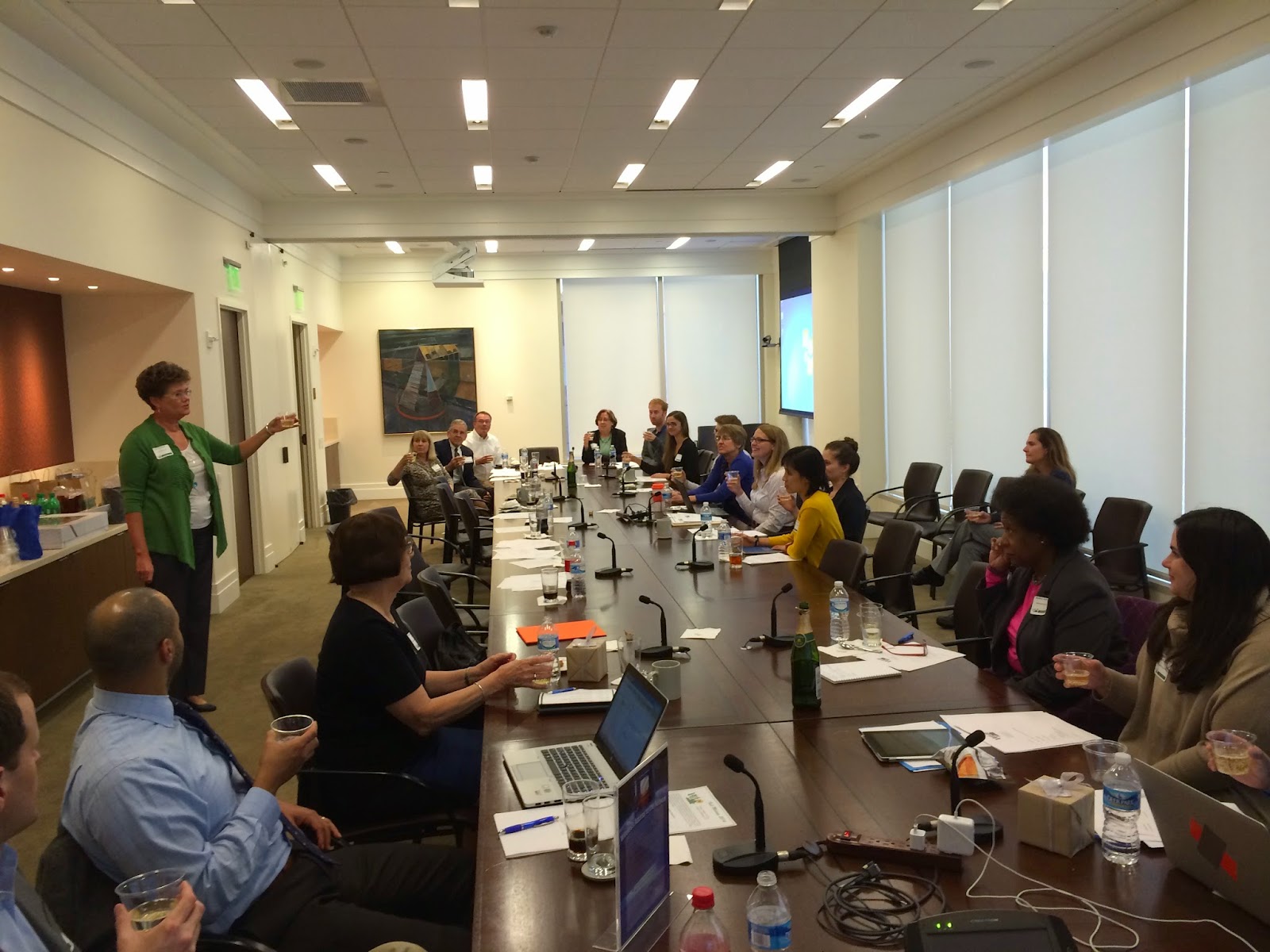 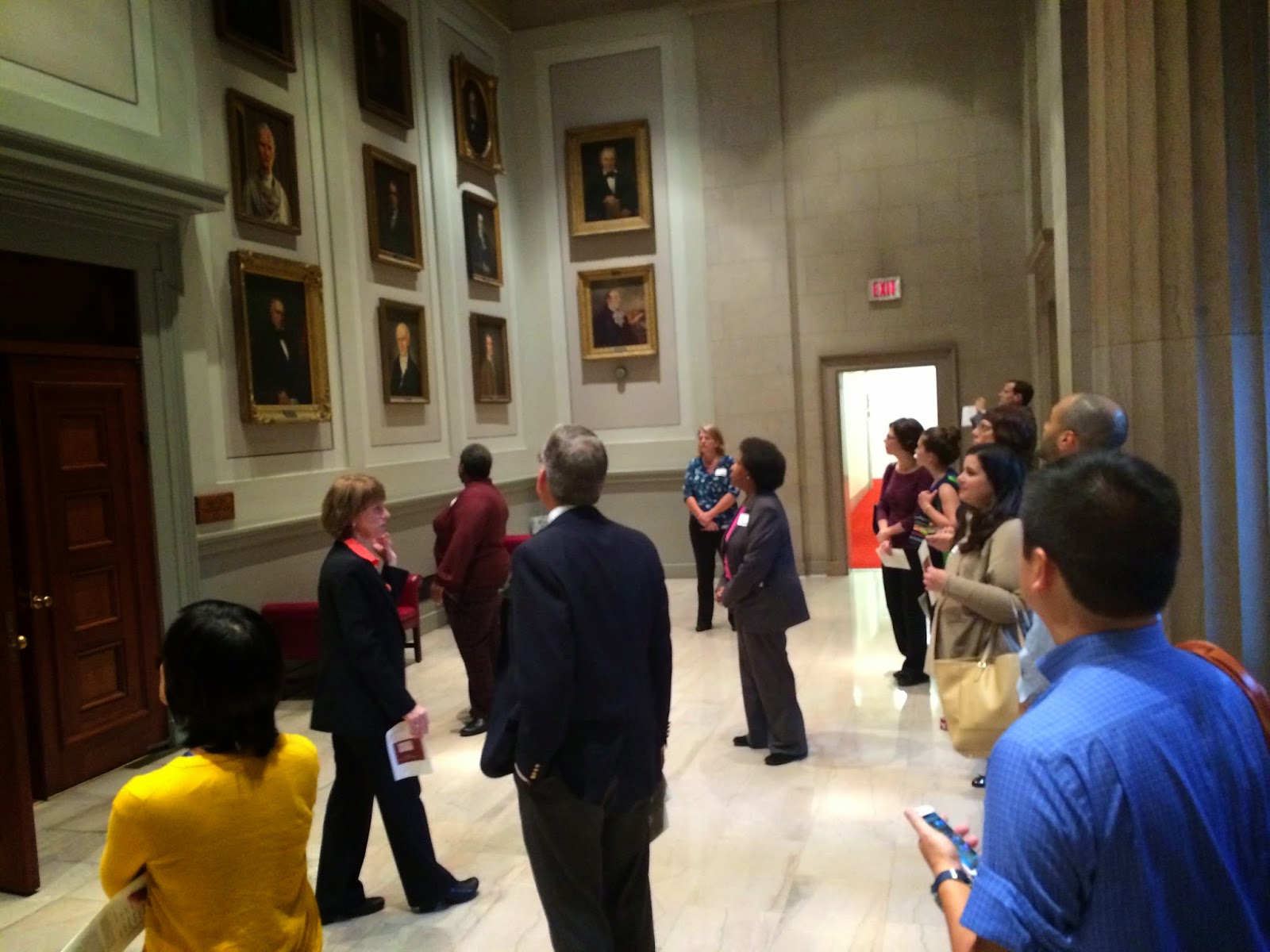 VALL Member Meldon Jenkins-Jones, Sherwin Siy of Public Knowledge and AALL Vice President Keith Ann Stiverson relax at The Tobacco Company
And so, as we turn the calendar to 2015, we are planning to make next year the biggest one yet for VALL. Stay tuned for upcoming announcements.
Again, thanks so much for your participation in VALL. We certainly could not be as active and as strong an association without you all.
May you have a wonderful holiday season; and I’ll see you next year!
Ben Almoite
Previous PostGeorgia State Case & Fair UseNext PostRemembering Teresa Parker-Bellamy
0Shares