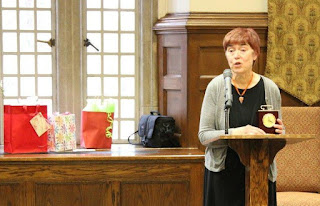 Sally who was born in Norfolk, but spent most of her life in Richmond, obtained her BA from Old Dominion University, and her MLS from the University of North Carolina at Chapel Hill. She previously worked at J. Sargeant Reynolds Community College and the University of Virginia before settling into her position at the University of Richmond.

VALL will miss Sally who has been an active member of the association and has chaired the preservation committee multiple times, and also wrote a regular column for the VALL Newsletter called Preservation Junction. She was also a member of the American Association of Law Libraries, and the Southeastern Association of Law Libraries where she has served as secretary and also as treasurer.

And while Sally may not be waking up each morning for a nine to five job, she will be busy testing out new vegetarian recipes, container gardening, reading, singing, playing the piano, and “trying to herd” her two cats, Sunflower and Sweet William.

Sally’s future plans include finding an agent for a friend’s book, and also writing a book or two of her own! We look forward to hearing about Sally’s new adventures and we wish her “Fair winds and following seas …” 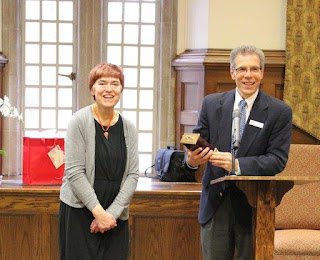