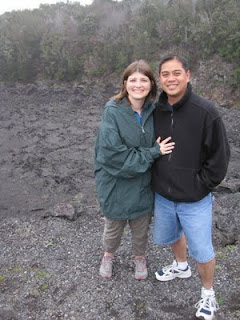 VALL welcomes Ben who is the newest librarian at the Virginia State Law Library, a division of the Supreme Court of Virginia, in Richmond.

He was previously a reference librarian with Keller and Heckman LLP in Washington, DC. He is a ‘Navy brat’ who was born in Portsmouth, VA, but grew up in San Diego, CA. After working at the San Diego County Public Law Library, Ben moved to Washington, DC to work and attend The Catholic University of America. While working in Acquisitions at the DuFour Law Library, he earned his Master of Science in Library Science degree. He graduated from CUA in 2009.

He met his wife, Andrea, while in Washington, DC. She is a University of Richmond alumna and is happy to be returning to Richmond. Because of Andrea, Ben visited Richmond a few times prior to moving here. A History major in college, he is aware of Richmond’s rich history and looks forward to exploring and learning more of the area’s past.

Ben lives in the West End of Richmond. In his spare time, Ben likes to play bar trivia (he watches Jeopardy! almost religiously), read on his Kindle, and sing. He misses his band “The Groove” back in California and longs to perform live again. So singing karaoke will have to do for the meantime or perhaps it's time for a "VALL" band.