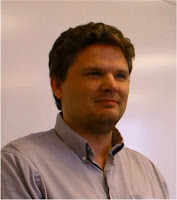 It’s hard to believe that it’s been almost a year since I first took office as President of the Virginia Association of Law Libraries. These past months have been trying ones for VALL’s membership, as the economy’s effects were felt across the legal world. Through it all, however, I have been proud to observe how the people of VALL have been willing to lend a hand to each other. It is often during difficult times when we learn to appreciate the gifts of our friends and colleagues.

I’d like to thank those who have served as Executive Board members over the past year:
Leanne Battle
Anthony Ikwueme
Suzanne Corriell
Bill Magee
Charles J. Condon
Michelle Gernhardt
I’d also like to thank those who served VALL as committee chairs or members, and in administrative positions:
Evelyn Campbell
Nancy Loewenberg
Isabel Paul
Victoria Levy
Cathy Palombi
Jane Baugh
Teresa Schmid
Charles J. Condon
Sally Wambold
Jennifer Sekula
Donna Bausch
Paul Hellyer
Barbara Baxter
Anthony Ikwueme
Cindy Carlson
Julie Stuckey
Suzanne Corriell
Jean Holcomb
Gail Zwirner
Terry Long
Amy Wharton
Gail Warren
On April 23, during the VALL business meeting to be held at the VALL/SEAALL joint conference in Williamsburg, I will turn over the reins of the Association to the capable hands of Tony Ikwueme and assume the post of Past President. I’ll enjoy the chance to work with the other members of the new Executive Board to take on whatever challenges the new year may present. There are potential amendments to VALL’s bylaws in the making, which we will discuss at the Spring business meeting. VALL will also continue to take part in the fight to make government information available to the public, and to remind Virginians why law libraries remain a vital component of the legal world.
It has been a pleasure and an honor serving you; thank you for giving me this opportunity.
Fred
Previous PostThings You Need to Know for the SEALL/VALL MeetingNext PostNLW: University of Richmond Law Library
0Shares