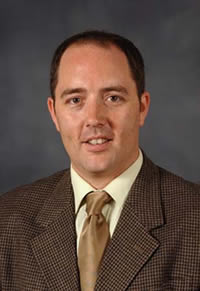 On July 1st, Roger V. Skalbeck joined Richmond School of Law as their Associate Dean of Library & Information Resources.
He comes to Richmond Law from Georgetown Law Center, where he worked for eight years as an associate librarian and co-taught a seminar in Technology Innovation and Law Practice.
Prior to working at Georgetown, Roger was the Technology Librarian and Webmaster at George Mason School of Law, where he worked for nearly seven years.
Roger is a member of the CALI Board of Directors, former president of the Law Librarians’ Society of Washington, D.C., and former chair of AALL’s Copyright Committee.  He’s also co-host of the Law Librarian Conversations (LawLibCon) podcast, together with Rich Leiter from the University of Nebraska School of Law. 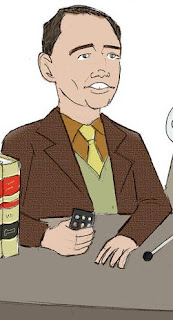 Roger received his J.D. from George Mason University School of Law in 2005, his M.L.I.S. from Dominican University in 1996 and his B.A. from Macalester College in 1993.
He is excited to call Richmond his new home, working as part of the library team in the school’s William Taylor Muse Law Library.
When not at work, he enjoys Euro-style board games, making sushi and exploring the Richmond area with his family.  He also enjoys German music, culture and German language detective novels.
Previous PostFarewell to Timothy Coggins!Next PostVASLA/VALL Networking Dinner at the Blue Goat
0Shares