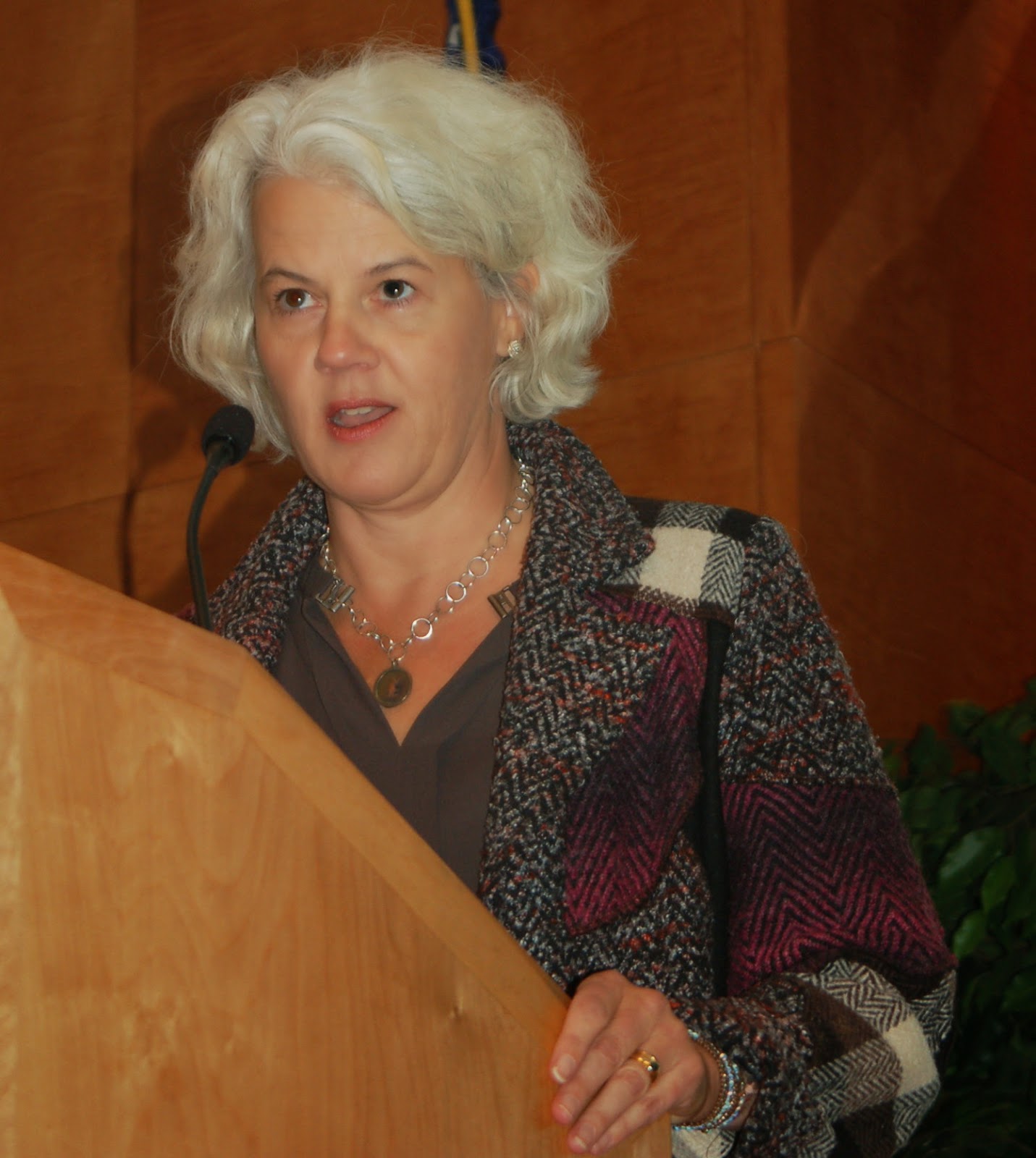 Factory Man is about John Bassett III, a third generation factory man, whose family built the Bassett Furniture Company, once the world's biggest wood furniture manufacturer in the world. It is also more than a story about a fascinating man who stood up against price dumping from China and fought to keep his family business going. More importantly it is a story about what globalization has done to the American worker -- as industries fled the US, millions of workers lost their jobs and once thriving towns withered, the factories and plants that once sustained them, standing empty and abandoned.
Beth Macy gives voice to former furniture workers like Wanda Perdue, who asked her to go to Surabaya, Indonesia, where most of the world's furniture is now made. "I want you to see what they do in Indonesia and explain to me why we can't do that here no more," Perdue said.
Macy shared parts of this her first book with a packed room at the Library of Virginia's Book Talk series and later signed copies of Factory Man for the audience.