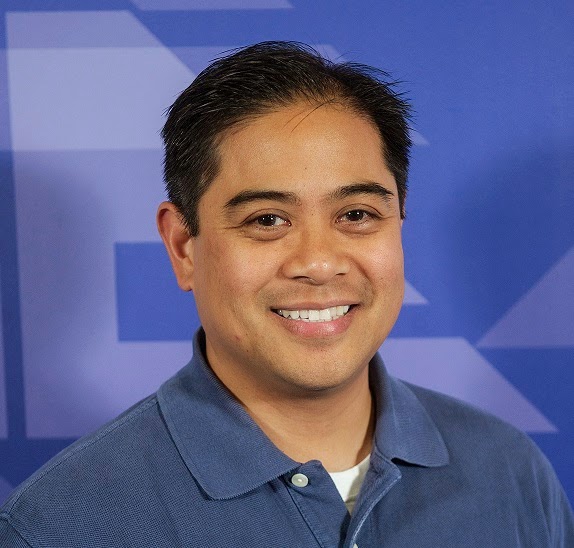 Ben Almoite, Librarian at the Virginia State Law Library in Richmond, Virginia, has already had a full professional calendar this year. He attended the American Association of Law Libraries (AALL) Leadership Academy in Oak Brook, Illinois in April – thanks to assistance from a VALL Grant; and he attended AALL’s Annual Meeting and Conference in San Antonio, Texas in July.
So how did Ben first find out about VALL? Well, he “Googled it”! In 2011, Ben was relocating to Richmond from Washington, DC, where he was a law firm reference librarian, and active in the Law Librarians’ Society of Washington D.C. Wanting to see if there was a chapter of AALL in the Richmond area, he did a quick search on Google. He was delighted to find VALL. Three years later, Ben now wears the president’s hat.
Among the things Ben is excited about this year is seeing VALL celebrate its 30th Anniversary. “Thirty years as an association is a long time – a great achievement. I am honored to be the VALL president during this milestone year,” Ben said.

The 30th Anniversary Committee has invited all VALL members to share their memories, which will be compiled in a “VALL Memories” book. So, what has been Ben’s most memorable moment as VALL president so far? “Definitely holding my first executive board meeting back in June. I had never ran a formal meeting before, let alone worry about putting together a meeting agenda, facilitating discussions and putting issues to a vote. For me it was certainly a memorable experience.”

Ben feels that VALL has been a huge influence in his professional development as a law librarian. “Being a member of VALL has given me the opportunity to keep in touch with trends in law librarianship, legal research and teaching. It has also allowed me to meet so many colleagues – both locally and nationally - and to use them as an occasional sounding board.”
During his tenure as VALL president, Ben wants to see an increase VALL’s visibility as a chapter. During the AALL 2014 meeting in San Antonio, VALL had a table set up in the Exhibit Hall, and the Public Relations Committee had special “30th Anniversary” VALL buttons made, to be distributed to conference attendees. In addition, AALL Vice President Keith Ann Stiverson will be visiting and attending the Fall Meeting in Richmond in October.
He also wants VALL to continue to be an inclusive association, and encourages members from all regions of the Commonwealth to get involved with VALL. “Even though our members are widespread throughout the state, I want them to know that we are all ‘one’ through this association; and we need their involvement and participation in order for VALL to continue to be a strong organization.”
“Volunteering some time as a member of a VALL committee is a great way to get involved,” said Ben. “You can really make a difference without much of a time commitment.” “Another way to participate is following VALL in social media, where members can share news through a Community page on Facebook, and a Group page on LinkedIn.”
Finally, as to VALL’s role in the future of the legal community, Ben hopes that members will continue to write articles in the Virginia Lawyer, as well as promote VALL to other colleagues in the workplace.
“I think as long as we continue to show legal professionals who we are and what we do, through our work and contributions, VALL can remain relevant in the Virginia legal community.”
Previous PostSeeking Your VALL Memories!Next PostVLA Council Meeting Sept 12, 2014
0Shares