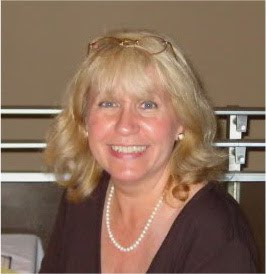 Why did you become a law librar­ian?
I became a librarian because of Susan St. James. When I was 12, she was in a TV show called “The Name of the Game.” She was a researcher and the hero could never nail the bad guys without the information she dug up for him. To me, researcher equaled librarian. When I was in high school, at the height of the feminist movement, we were discouraged from entering “female” careers. So I said I wanted to be a lawyer. But I still really wanted to be a librarian. In college, I entered a program to become a school librar­ian and got my B.S. in Education from Clarion State College in Clarion, Pennsylvania. I became a high school librarian and began working on my M.L.S. at Pitt. While there, I was a student assistant in the tech services area of Pitt’s Law School Library. It was an epiphany. “There are law schools, and they have librarians!” I immedi­ately dropped my copyright class to take academic library management. A career choice was made and I’ve never looked back
How did you first get involved in AALL?
My first involvement was with the Committee on Relations with Informa­tion Vendors (CRIV). At the time, there were guidelines for law book publish­ers in the C.F.R. CRIV was working on ways to strengthen those guidelines - we hoped to make them regulations rather than guidelines. Unfortunately we weren’t successful and the guide­lines were eventually removed. Early in my career, I was also active in the Technical Services SIS. I served on the Acquisitions Sub-committee and was the acquisitions columnist for the TS/OBS newsletter.
How has AALL helped you develop professionally?
I’ve spent my entire professional career in one library. It would have been so easy for me to get stale, deal­ing with the same people and issues all the time. By being active in AALL, I’ve been exposed to many different ideas, people, and ways of doing things. I’ve worked on projects that I wouldn’t have had the opportunity to work on at Richmond. It has enriched my profes­sional life immensely, which is why I’m so big on having our staff volunteer as much as they can/want, too.
What has been your favorite Annual Meeting?
That’s a hard question! Reno was weird, but fun, since it was in a casino; San Francisco was memorable for the vendor dinner where our rep sprang for a bottle of Dom Perignon; then in Boston in 2007 I lost a member of the newer law librarian class during the city
tour; in San Antonio every party had a frozen margarita machine; or oh, you meant which one had my favorite programs? I guess that would have to be Anaheim, where I was a member of the Annual Meeting Program Committee. Definitely, that meeting had the best programs ever selected!
What’s going to be the biggest challenge of being AALL President?
The vendor issue. This year, AALL intends to hold a vendor colloquy. This colloquy will bring together librarians, publishers, and information vendors to discuss topics that are important to all of us and to hopefully help resolve some of the issues that are currently challenging all of us. As a first step in this process, I have named Steve Anderson of the Maryland State Law Library as chair of the planning committee for this colloquy. This committee is charged with developing an agenda for a meeting between all interested parties sometime in February 2011.
What has been your greatest accomplishment in AALL?
That is hard for me to say. Most of what I’ve done in AALL had been done in cooperation with others. I think one of the most satisfying activities I’ve been involved with in AALL has been the Academic Law Librarians Special Interest Section Middle Managers’ Breakfast. It was through attending and organizing some of them that I’ve met colleagues who have become friends.
In other law librarian organizations?
I’m proud of the fact that I’m a “founding mother” of Virginia Association of Law Libraries (VALL). We were originally a group of locals who met for lunch once in a while. I was on the committee that wrote the constitution and bylaws for what became the Richmond Area Law Libraries and then VALL.
What does it mean to be involved in a professional organization such as AALL?
A friend of mine has a sig file that quotes Teddy Roosevelt: “Every man has an obligation to contribute to the upbuilding of his profession.” I take that seriously. By being involved with professional organizations you can help shape the future of the profession. You can have an impact on the decisions that are made that can affect your library, your career. I think we all owe it to ourselves and our colleagues to do what we can to make the future a good one for librarians and libraries.
(Reprinted with permission from the July 13, 2010 issue of AALL Summit News)
When Joyce is not busy with AALL or library work, she reads mystery novels to relax. Her two favorite authors are Virginians -- Sharyn McCrumb and Donna Andrews.
Previous PostVALL Annual Meeting Oct. 29, 2010Next PostDon’t Miss VALL Annual Meeting!
0Shares