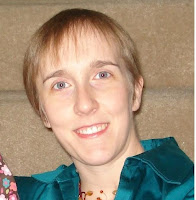 Michele has worked as a reference librarian at the Richmond office of Hunton & Williams LLP since November 2005. In addition to her reference duties at Hunton & Williams, Michele is responsible for coordinating cataloging and serials management in the firm's library information system. She also creates and conducts training programs regarding various library resources. Michele has been a VALL member since 2004. Over the past 5 years, she has served on the VALL Membership and Program committees, served as Membership committee chair (2007-2008), and is presently a Director on the VALL Board. She received her JD from the University of Richmond, T.C. Williams School of Law in 2002 and her MSLS from the Catholic University of America in 2007. Michele resides in Chesterfield County with her husband (Alan), 2 1/2 year old daughter (Sabrina), two cats and six goldfish.

Amy is the Research and Emerging Technologies Librarian at the University of Virginia Law School Library. She recently authored the VALL column in the December 2009 issue of The Virginia Lawyer, "Web 2.0: What's in it for Lawyer 1.0?" and oversees the VALL Wiki (vall.pbworks.com). If elected VALL Secretary, Amy will do her part to ensure the timely publication of meeting minutes and a smooth election process. As an Executive Board member, she pledges to work with the Board and the VALL community to find creative ways to turn our common challenges into shared successes.

Patty is director at the Walter T. McCarthy Law Library; the Arlington Public Law Library located in the Arlington County Courthouse. In 1999, she returned to the library and information services profession after practicing law for five years as an Assistant Commonwealth ’s Attorney in Arlington , and one year with a law firm. During her early years in the library profession, she was director of several law firm libraries in Washington , D.C. , including Sidley & Austin and Carr , Jordan , Savits & Lopata.

Patty received her J.D. from George Washington University , her master’s degree in Library and Information Science from Catholic University, and her Bachelor of Arts degree from the State University of New York at Albany .

She enjoys travelling with her husband and teenage son and daughter. Yoga and reading are two of her favorite hobbies. Patty’s time out of the library is often spent driving her teenagers to various music lessons, performances and other afterschool activities. She has served as president and vice president of the elementary and high school PTAs. 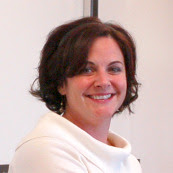 Tracie Krumbine
I bring several years of research and customer service experience, having worked in a variety of library settings including special, academic, law firm and public. I currently work as a Solutions Consultant for LexisNexis. The combination of of my past firm experience and my current experience working with firms of all sizes in all areas of the state makes me a good representative of Virginia law libraries. Although I no longer work as a law librarian I am very interested in the professional development of law librarians and plan to remain directly involved in the library profession in any capacity that I can.
****************************** 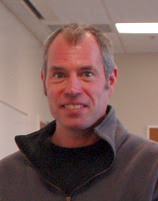 David Knight
I have been nominated for the office of Director of VALL. I have worked at the Norfolk Law Library for almost 3 years. This is my first position in a law library after 7 years in the public library sector, where I was head of reference for a branch of the Newport News Public Library System. I was co-author of an article that appeared in Virginia Libraries, Improving the Health of Seniors: A Partnership Between a Public Library and an Academic Health Sciences Library, vol. 51, no.4. After a couple of years as a paraprofessional in NNPLS, I decided to earn my Master’s degree, finishing in 2004. My favorite classes while in library school were legal and government information sources, so when a position opened in a law library, I jumped at the chance to apply. I have been very happy working at the Norfolk Law Library. Although I have not held an office in VALL before, I have filled in as Secretary for Bill Magee on those occasions when he has been unable to attend a VALL meeting. Taking minutes for VALL business meetings has given me an understanding of the organization and I would like the opportunity to become more involved.
Previous PostVALL Winter & Spring MeetingsNext PostVALL Spring Meeting 2010
0Shares