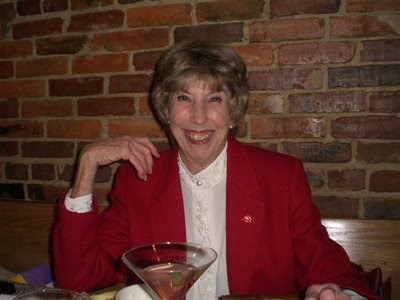 Our friend, colleague and longtime VALL member, Pat Burton passed away on June 2. Those of us who had the privilege of knowing Pat will never forget her larger than life personality and that distinctive voice that needed no introduction. Below is Pat's obituary from the Virginian Pilot.

Patricia Ann Burton SUFFOLK - Patricia Ann Burton, 78, passed away June 2, 2009, in Sentara Obici Hospital after a short illness. She had been a resident of Lake Prince Woods in Suffolk since 2005 and previously lived for many years in Forest Hills in Chesapeake.

She was the widow of John M. "Jack" Burton. The daughter of John M. Harrison and Mildred A. Harrison, Mrs. Burton was born Oct. 22, 1930 in Colorado Springs. She attended Colorado A&M (now Colorado State University) and married Jack on Oct. 10, 1954. Pat and Jack lived at various times in Denver, Appleton City, Mo., Waveland, Miss., Titusville, Fla., and Henderson, Ky., before moving to Virginia in 1973.

Mrs. Burton worked as a librarian at Western Branch High School where her children attended school, and later at Kirn Library in Norfolk and as a law librarian for a number of Norfolk firms including Williams, Kelly & Greer, the Federal Court Library, Wilcox, Nusbaum & Vandevener, the Norfolk City Attorney's Office, Hofheimer Nusbaum (now Williams Mullen), Decker, Cardon, Thomas, Weintraub & Neskis, and retired from the Norfolk Law Library in 2006. She was a member of the Virginia Association of Law Libraries.

She is survived by her daughter, Pamela S. Burton and her husband Jerry W. Moore of Gloucester; a son, John R. Burton and his wife Cindy W. Burton of Chesapeake; a grandson, Frank R. Burton; and by the Sanders family of Colorado and California. Pat was loved by many in this life, all of whom look forward to trying to keep up with her in the next.

A memorial service will be held at 11 a.m. Saturday, June 13, at St. Paul's Episcopal Church at 213 N. Main St., Suffolk, by the Rev. Emerson. Friends and family may gather in the parish hall following the service. Cremation Society of Virginia is assisting the family. In lieu of flowers, memorial donations may be made to the charity of your choice. 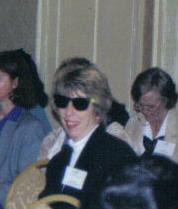 Pat Burton at a leadership session at VALL 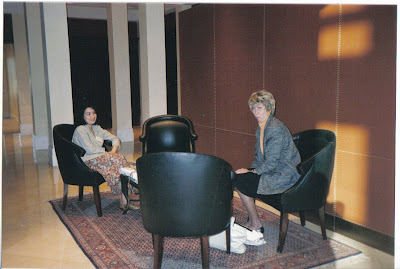 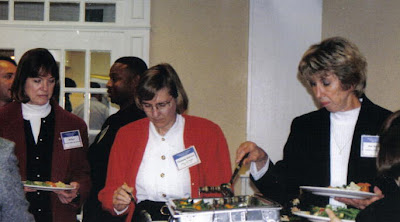 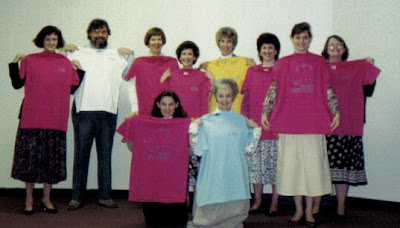 Pat Burton in the yellow VALL t-shirt
Thank you to Donna Bausch for providing the first picture of Pat and to Gail Warren for providing the VALL pictures. Please feel free to share your memories of Pat in the Comment section.
Previous PostVALL/VASLA Spring 2009 MeetingNext PostLaw Librarians of Leisure
0Shares